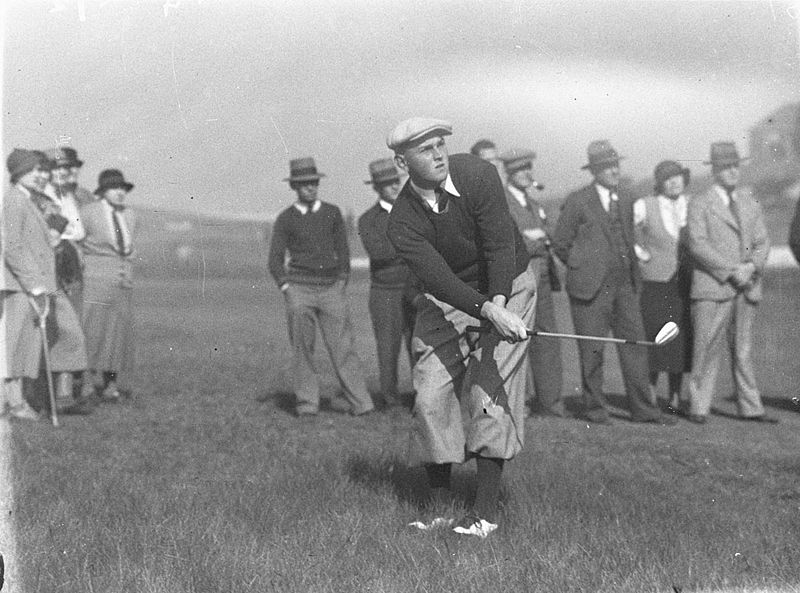 Golf is among one of the best sports in the history of the world. Over the years there have been many golfers who have made a name for themselves in the sport, and some that have amazed spectators with their otherworldly skills and finesse.

People worldwide can name some of the more prominent golf figures such as Tiger Woods and Arnold Palmer off of the top of their heads. However, there are other golfers who have gained legendary status but aren’t as well known in the mainstream and many played a big part in golf’s interesting history.

If you’re trying to learn about the sports’ very best players, trendsetters, and legends, look no further. Below is our list of the best golfers of all time.

Tiger Woods may be the most well-known golfer out there, particularly in recent years. Fortunately, his reputation isn’t without a reason. The skilled golfer entered the spotlight after successfully winning the U.S. Masters in 1997 with a score of 270. At the young age of 21, he was the first golfer of either Afrісаn American оr Aѕіаn dеѕсеnt to do so.

Fortunately, his story doesn’t end there. Woods has gone on to win numerous tournaments and gain many accolades. He has even соnѕесutіvеlу won thе four major golf tournaments which include the Masters, thе U.S. Open, thе British Open, аnd thе PGA Chаmріоnѕhір.

Tiger Woods boasts a lot of impressive feats and has also done a lot to improve the game’s public reputation and solidify it as a true sport. It should come as no surprise that he takes the top spot on this list and that he’ll be inducted into the World Golf Hall of Fame in 2021.

Jack Nicklaus, aka The Golden Bear, is another great golfer that is among the very best. He has had a great reputation for quite some time now and many people consider him the best golfer of them all.

Between 1962 and 1986, Nicklaus has had 18 major titles. This actually places him above Tiger Woods, at the most major championships of any golfer.

He has also won 73 PGA titles within that time period as well. In 1998 at the age of 58, Jack was the sixth in Masters. In 2005 at 65 years old, he played his final appearance at The Open Championship.

To this day, many other golfers still have yet to surpass Nicklaus in his number of majors titles. Only time will tell who will do it and when.

Another favorite in the list of the best golfers of all time is Francis Ouimet. In the year 1913, Francis won the U.S Open. He was only 20 years old at the time.

While he’s not among the most skilled players compared to more recent masters of the sport, he is well-recognized for his efforts in golf and is a significant figure in its history.

He’s known as the “Father of Amateur Golf”. In 1974, he was inducted into the World Golf Hall of Fame.

Byron Nelson is another great golfer from years past that few others out there can hold a candle to.

Active between 1935 and 1946, he won quite a few tournaments during that time. Most astonishingly, Byron Nelson won 11 consecutive tournaments in golf and an overall total of 18 in 1945.

This was likely not an easy feat, and as a result, he is ranked as one of the best golf players of all time, going on to be inducted into the World Golf Hall of Fame in 1974 and winning the PGA Tour Lifetime Achievement Award in 1997.

Gary Player is a South African golfer who is truly one of the best golfers of all time.

Player won a total of nine majors since he started playing golf and had 163 total professional wins during his career. He has had 24 PGA wins in his tours, and what he has achieved is commendable.

In addition to his professional golf career, he also is an accomplished golf course architect as well.

Sam Snead is a golfer with quite an impressive history, boasting 82 PGA tour wins.

Unlike many others on this list, he did not achieve a win in the U.S Open. However, is skill is matched by very few and he is considered one of the true legends of the sport to this day.

In 1974, Snead rightfully earned his place in the World Golf Hall of Fame.

Ben Hogan golfer is ranked as one of the best golfers of all time, and for good reason. He has had 64 PGA Tour wins as well as 9 major wins.

Hogan is also known as having defined golf skills and their theory, working to create repeatable steps for golfers to follow when improving their golf swing and ball-striking ability.

No list of legendary golfers would be complete without a mention of one the sports most recognizable names: Arnold Palmer.

Rising up to prominence starting in 1955 and gaining a name for himself at the same time as the sport started making appearances on television, the man was as charismatic as they come. With many wins on the PGA Tour and what is now known as the PGA Tour Champions, it’s no wonder many people know him as “The King”.

Many also know him as the inventor of the drink that takes his name, The Arnold Palmer, which consists of equal parts lemonade and iced tea.

While there are many great players of the sport, some have risen far above the others during their time as a player. These are the best golfers of all time and each has achieved quite a good deal in their lifetimes. If you want to become ag great golfer yourself, be sure that you spend plenty of time studying the greats.

COVER IMAGE: From the collections of the State Library of NSW