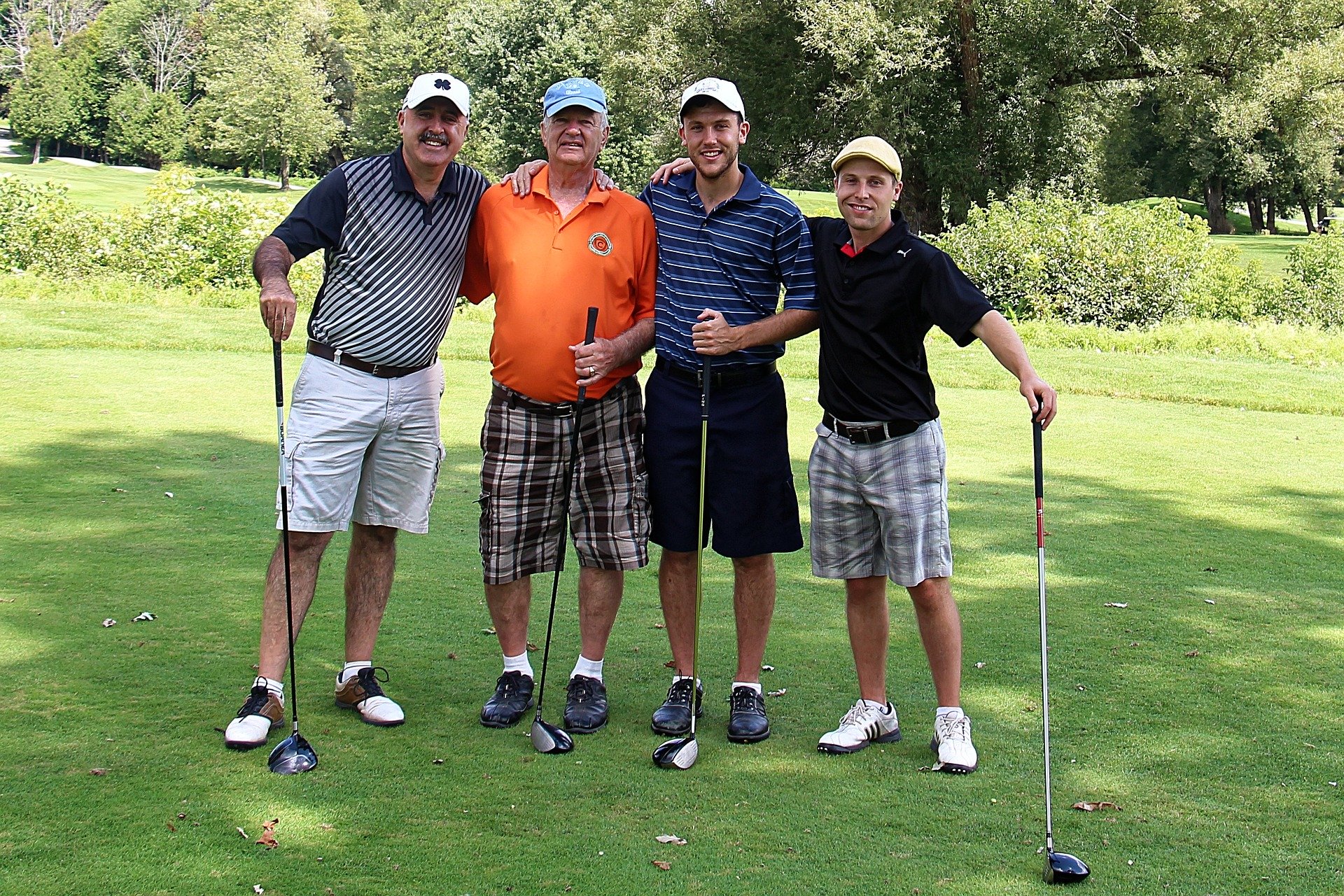 Wondering what Four-Ball is in golf?

Trying to understand what this golf variation is all about?

Fourball Golf is a type of golf playing format that is meant to be used in pairs. It’s a lot of fun to play when there are four people involved. The game is pretty simple to understand but the basics are well worth learning if you’re an aspiring golfer.

Luckily, we’re here to help. Below we’ll tell you everything you need to know about Four-Ball in golf.

The Basics of Four-Ball in Golf

The strategy in Four-Ball golf is for your team to score the best. Your team consists of two golf players and you’ll be competing against an opposing team that also has two players. You and the other players divide into two groups with two golfers each.

The goal is for you and your teammate to score the lowest overall. Like in a typical game of golf, a lower amount of strokes is best.

While many people know the game as Four-Ball, it is also sometimes called “Better Ball” as well.

It’s important to note, however, that Four-Ball golf is sometimes confused with “Best Ball”. Best Ball is actually a specific type of Four-Ball which includes 3 to 4 players per team, rather than just 2.

How Four-Ball is Played

In Four-Ball golf, each golfer on a team uses their own ball. You and the other golfers use one ball apiece.

Each team keeps their own score and your team competes against the other team. You’ll keep score on a scorecard and will proceed to use the lowest score for each hole played.

Once you finish the competition the scores are tallied and the lowest-scoring team is the winner. You’ll toss out the high score for the hole and your team keeps the lowest score. Penalty strokes are applied to each individual ball and the score is tallied at each hole for each player.

The golf game uses normal rules, but your team only has to have one player play at each hole.

The way that the score works in Four-Ball is often known as Rule 23 by the USGA. The rule outlines several specifics of Four-Ball golf and basically means that the lowest score on a team is used.
Both teams use a scorecard and all scores are recorded from all golfers. There is no penalty for both players on the same card. The scorecards must be identified on the individual scorecard.
If not recorded correctly your team is disqualified. You and your partner must certify the scores are correct.

The players of Four-Ball golf can use handicaps in regular play and the USGA permits the use of handicaps in section 9-4. However, if players want to use a handicap, the golfers in the match should agree to this at the beginning of the game.

The golfer with the best handicap will start from scratch. The other three golfers are allowed 100 percent of the difference.

One of the most interesting things about Four-Ball golf is that it allows golfers to take risks. Because you’ll have a teammate and you’ll be counting the lower score for each hole, no one hole is as important.

For example, you may take risks on a hole while your teammate plays it safe. Playing in this way may increase the chance of winning. Risk-taking occurs frequently when one player is stronger than the other.

Use in Professional Games

Four-Ball golf is often used in professional games as well as in amateur ones. Fourball Golf is played in golf games in the Solheim Cup, the Ryder Cup, and President’s Cup.

The game has been used in the President’s Cup since 1994 and the Solheim Cup has also used Four-Ball since 1990. The Ryder Cup started using Four-Ball in 1963. The amateur international tournament the Curtis Cup also uses Four-Ball golf. The Walker Cup, however, doesn’t use the game.

Fourball Golf is a type of golf competition that can be a lot of fun when there are multiple players involved. It can be a great game to play and is important to understand. As a golfer of any level, you need to know about the basics of Four-Ball if you want to be prepared for this kind of match.

Want to learn more about the game of golf? Check out our tips about understanding par now to become more familiar with how the game is played.